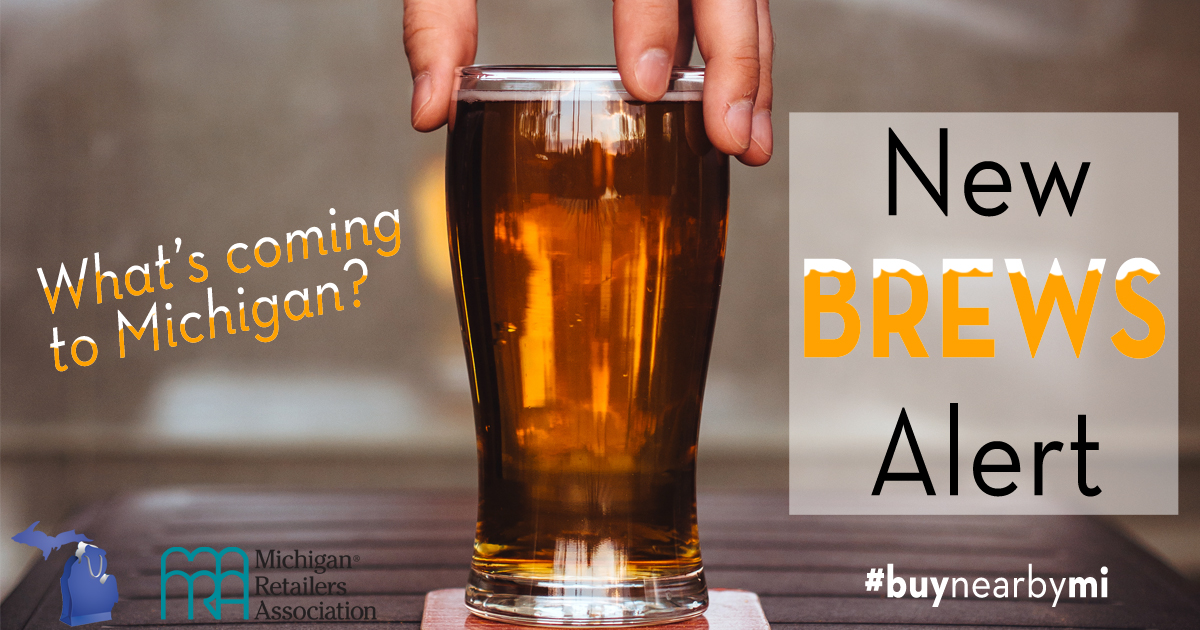 Summer and beer drinking season is here. We’ve compiled a list of recently opened and soon-to-open breweries across the state. We’re excited for you to try them out, so get out and Buy Nearby at a brewery opening near you (21 and older, of course). Cheers!

The Beer Church Brewing Company opened on February 24 and the residents of New Buffalo are rejoicing in “Hallelujahs.” With brew names like Pontius Pilate IPA, Unreliable Narrator and the Crooked Cross Cream Ale, you can join the congregation and drink delicious beer.

This brewery in downtown Lowell opened in Late June. Their summer looks bright with many delicious beers on tap and more coming soon.

Brewery 4 Two 4 ended June with a bang! Their Grand Opening was June 30th and the rest was history. This brewery is joining an already popular craft beer scene in Holland and we have a good feeling that Brewery 4 Two 4 will fit right in. If you’re in the Holland area, don’t skip a visit to Brewery 4 Two 4!

City Built Brewing Company in Grand Rapids opened doors during Memorial Day Weekend. The food is influenced by the authentic flavors of Puerto Rico. The menu includes child-friendly meal options for all your picky eaters. The brewery is located in the 616 lofts in downtown GR.

Cold Iron Brewing is proudly the first brewery located in the western Upper Peninsula. St. Patrick’s Day was quite the celebration as the brewery’s opening day. This brewery has a beautiful wooden bar top with wooden rafters soaring above the guests’ heads.

If you’re hungry as well as thirsty, stop in at Fillmore 13 Brewery in Pontiac. They are serving up some brick-oven pizzas and hearty pub sandwiches along with their awesome ales.

Specializing in beer, wine and spirits, Great Legs will quench your thirst. Great Legs is also home to an art gallery. You can sip your drink and wander through the gallery. Great Legs hosts numerous events each week that you can attend with friends and family for a fun night out.

HomeGrown Brewing Company opened on April 12th and is serving up amazing brews alongside delicious dishes! Oxford is in for a treat with this family-owned and operated brewery.

HOMES Brewery opened on April 19th and they have 10 beers on tap! With a patio and a beautiful chartreuse awning, you can’t miss driving by this brewery. Head to Ann Arbor and try one of their brews!

Ironbark started 2017 with a bang! The brewery opened on New Year’s Eve and the party hasn’t stopped. Bring a friend, grab a drink and try your knowledge in their weekly trivia challenge. Along with trivia this new-ish brewery in Jackson hosts music and entertainment acts to help you relax and enjoy the night.

The oldest building in downtown Three Rivers is now home to a new brewery. Kelsey Block Brewing Company opened its doors on March 18 and is open all weekends from 4-10pm. Find the brewery almost directly across from Riviera Theatre and stop in for nice cold brews and hang out with some great company.

Serving up craft beer since their March 5 opening! The brewery does not (yet) serve food alongside their ales, but customers are able to bring in food or have food delivered from local restaurants. They also bring in area food trucks to help feed the hungry customers.

May 18th was deemed opening day for Ludington Bay Brewing Company and the records show over 2,000 pints were sold during the first weekend. That’s one grand of a grand opening!

Alongside their beer, the Brew Co. dishes out sandwiches, soups, salads, pizzas, shareables and even options for the kids. Bring the family to James St. in Ludington – there’s something for everyone…and beer too!

This brewery is located right next to the Pere Marquette Rail Trail, making it a vital place to stop in for a quick drink as you’re riding, running or skating nearby on the trail. Midland Brewing Company also serves food. Your taste buds will love the burgers, sandwiches, sausage and array of flatbreads.

The Reed City Brewing Company went all out for Michigan Craft Beer Month as they opened doors on July 1. We think Reed City is pretty pumped to have this brewery in town. Cheers to your 2017 opening!

The brewery has a Facebook page with more up-to-date information about what’s on tap and happening at the brewery. Check it out!

Owner Mike Castiglione began his career at a hospital specializing in microbiology. But he always loved to brew beer. After brewing at popular breweries across Michigan, he opened Stiggs Brewing Company at the end of January. While also selling popular craft beer from other breweries, the House Brews selection is sure to match up against the best. Buy Nearby at Stiggs Brewing Company for a fun atmosphere and a tasty meal.

Thornapple Brewing Co. opened it’s doors on June 10 and Beer City gained another new hotspot. The brewery is serving some smaller dishes, but also includes pizzas. Check out their promotional video for more information about the owners/brewers and the brewery.

Ferndale is now home to open fermentation thanks to Urbanrest Brewing Company. They opened their doors on June 30 and haven’t looked back! Congrats to Ferndale on opening this new business!

Here’s a list of more great breweries planning to open this year. Let us know if we missed any!

When you walk into The Cheese Lady, owned and operated by Heather Zinn, in the…